Hello Wednesday!  Is it really you!  Good to see you, my time suck of a calendar day.  Before the day goes poof, here’s a run down of the knit/crochet happenings since February –

As you may recall, my knit started out looking like this:

But I hated the cartoony speckle, and ripped it out – then it looked like this:

I was kind of meh about it, but I did finish it.  It looks like this:

I guess it turned out ok – I haven’t even blocked it, or weaved the ends in.  I guess I’m still meh about it.

So, to cheer myself up about my meh-ness, I decided to crochet a Lalylala critter – looking through my stash, I didn’t have the best combo of solid finger colors, so I went with some purple Koigu and Buzz, the House Fly:

I think he turned out super cute!  Emboldened with my amigurumi prowess, I decided to finally try an Octopus for a Preemie.

I joined this Facebook group probably the week it started, as I had seen an article about the program, and thought, well, since I like crocheting critters, and my husband doesn’t appreciate them, and my nieces and nephews are really getting to old for stuffed animals, this seems like a good idea.

I waited to crochet a little guy, though, because the group was just getting organized, and in the beginning, there was a lot of confusion, and a lot of failed Octopi.  Then, the group came up with a system of becoming a certified crafter – in order to ensure that the Octopi complied with the strict guidelines, you had to upload photos of your Octopus passing certain tests to show that the the tentacles weren’t too short/too long and that your stitching was tight enough.  So, after finishing my bug, I decided to give it a go –

On the face of it, it looks like the little guy passed.  But, alas, after it went to an Octopus Ambassador, who again threw it in her washer/dryer, the holes opened up, and the tentacles stretched out, and the head got smooshy.  I didn’t even bother to mail in my second one – I just gave it to my dog.  Later, it was revealed that others had problems with this yarn – I think it’s Caron, and while still approved, since it is cotton and it doesn’t bleed, it was kind of use with caution.

So, I pondered whether I wanted to go back to the drawing board, maybe with a different yarn, and the answer was no.  I broke every nail on my fingers, crocheting so tightly, and with the required yarn under method of crocheting – and my nails were not long to begin with – so they were broken down to below the tips of my fingers.  And, I had also managed to stab myself under the nail with the hook a couple of times, and I was literally sore for a week after finishing one.  So, while this is a good cause, there are over 13,000 people in the group, and they are much better crocheters than I.  And, I had already washed and dried the little guy above, and my machinery just doesn’t have the juice that the official tester had – or I would have already seen the problems, and never mailed it in in the first place.  I tried, I failed, I’m not going to beat myself up.

Which brings me to my current knit, the Joji Mystery Wrap – 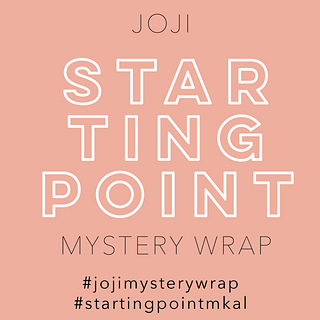 It’s a really easy knit; it’s mostly garter, and fantastic t.v. knitting.  I’m relieved that it’s not developing like your typical rectangle.  And at this point, there are no live stitches on a holder, so that says to me no grafting – hopefully these two pieces will come together some other way, because I hate grafting.  We shall see.  Two more clues to go!

And there we have it, all of the yarning since February – I think.  I feel like I’m missing something – oh yeah, my Kate Davies’ sweater.  That’s on the back burner, maybe never to return – it was turning out pretty small, and I have to totally reknit a sleeve that turned out wonky.

Oh my!  I just went to link up with the Yarn Along and discovered it ended in March!  All of that Waiting for Wednesday and there wasn’t any Wednesday left!!!!

Linking up with the suggested alternative to the Yarn Along, Nicole at Frontier Dreams – Keep Calm and Craft on my friends!