Yarn Along – First Finish of the Year 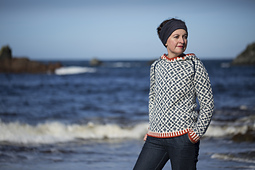