Yarn Along – To Replace, or Let it Go?

So, remember I showed you this last week, and I gushed about how happy I was about all of the jeweltoned, bright colors?

I’ve come to my senses, and accepted the fact that it looks like Sesame Street just vomited up an avenue. So, it’s getting ripped, and I’ll probably make a pair of socks out of it, because I do still love the yarn, I just don’t want to wear it around my neck. So much for tricking my mother into swapping the Earth Shawl for this.

After all of that – because I did knit all the way to the stripe section before I decided that it looked like rainbow barf – I cast on a sure thing. Here is the beginning Wickerwork in this Summer’s issue of Twist Collective, by Gudrun Johnson,  in Miss Bab’s Yowza:

It’s starts off with a provisional cast on, which evolves into a hem. So much work, but I really like this finished edge:

And, as I mentioned in my last post, I’m going on another Gudron Johnson adventure, her first Mystery KAL: 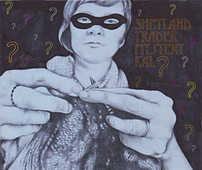 Another mystery!!  After reading her forums, I decided to go with this laceweight I have in my stash.  Based on everyone’s questions, and her answers (she has been very active in the forums, commenting on people’s yarn choices, answering questions, etc. – I think it’s a really good sign for a good Mystery KAL!), I think it’ll work.  If not, I’ll just rip out the first clue and start again in my skein of Wollmeise, which I was going to use as the contrast color to my above failed Cameo, but I’ll be happy to use it alone in this project.

The shawl is knit in three parts, and she recommends either using one color or three colors.

So, as I’ve clearly let the Sesame Street regurg go, what is my title talking about?  Well, I need some advice.  Here is my dilmena.  I invested in a set of Knitter’s Pride interchangeable circular needles, sizes 4-11.  I knit a project with the fours and loved them.  Then, when I was twisting my needle off of the cable, my needle snapped.  Drat!  So, I ordered a replacement set from Webs.  I took the set out of the packaging, assumed they were fine, and put them in the case.  But, they were not fine – it turns out the screws inside the tip are stripped, and they won’t screw on the cable.  Fine, I’ll call Webs, they have great customer service, no problem.  In the meantime, I’ll cast on on a five.  So, I set up my five’s for Sesame barf, and wouldn’t you know it – I sat on the needles, and totally broke the tip.  So, now I have to get replacement tips for the 5.

Or do it?  Maybe these needles just aren’t worth all of the trouble.  While I love the join (where as I hate the join on the Hiya Hiya set that I have), and I loved the 4’s, I didn’t love the 5’s so much – I thought the tip was really blunt.  And, there’s the issue of the breakage.  I didn’t sit on the needle in some crazy position – the wood is just really soft, and it snapped like a twig.  Is it worth replacing?  Maybe I should just let this set go, and maybe get a set of Addi’s for my birthday.  But I do really like the join . . .

Any thoughts?  All advice welcome!

Hope everyone’s knitting is going smoother than mine!

On the other hand, my reading is back on the right track.  I mentioned last post that I was probably going to start this book: 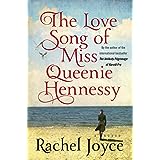 And, indeed I did.  I’m really enjoying it, but I think I’d be enjoying it more if I remembered the first book, The Unlikely Pilgrimage of Harold Fry.  I remember the first book well enough – a basic outline of the story, the characters he meets on the way, the revelations he has, the ending.  But, I don’t remember all of the minute. finer details – so while I see that Queenie sees things much differently than Harold, I feel like I need to go back to the first book to get the full effect.  But, I like it, and it feels to good to be in the middle of something, not slogging through the beginning of something I know I’ll never finish.

Thanks for stopping by, and let me know what you think about the Knitter’s Pride Needles!